Posted By: Chip Tatum in Industry, 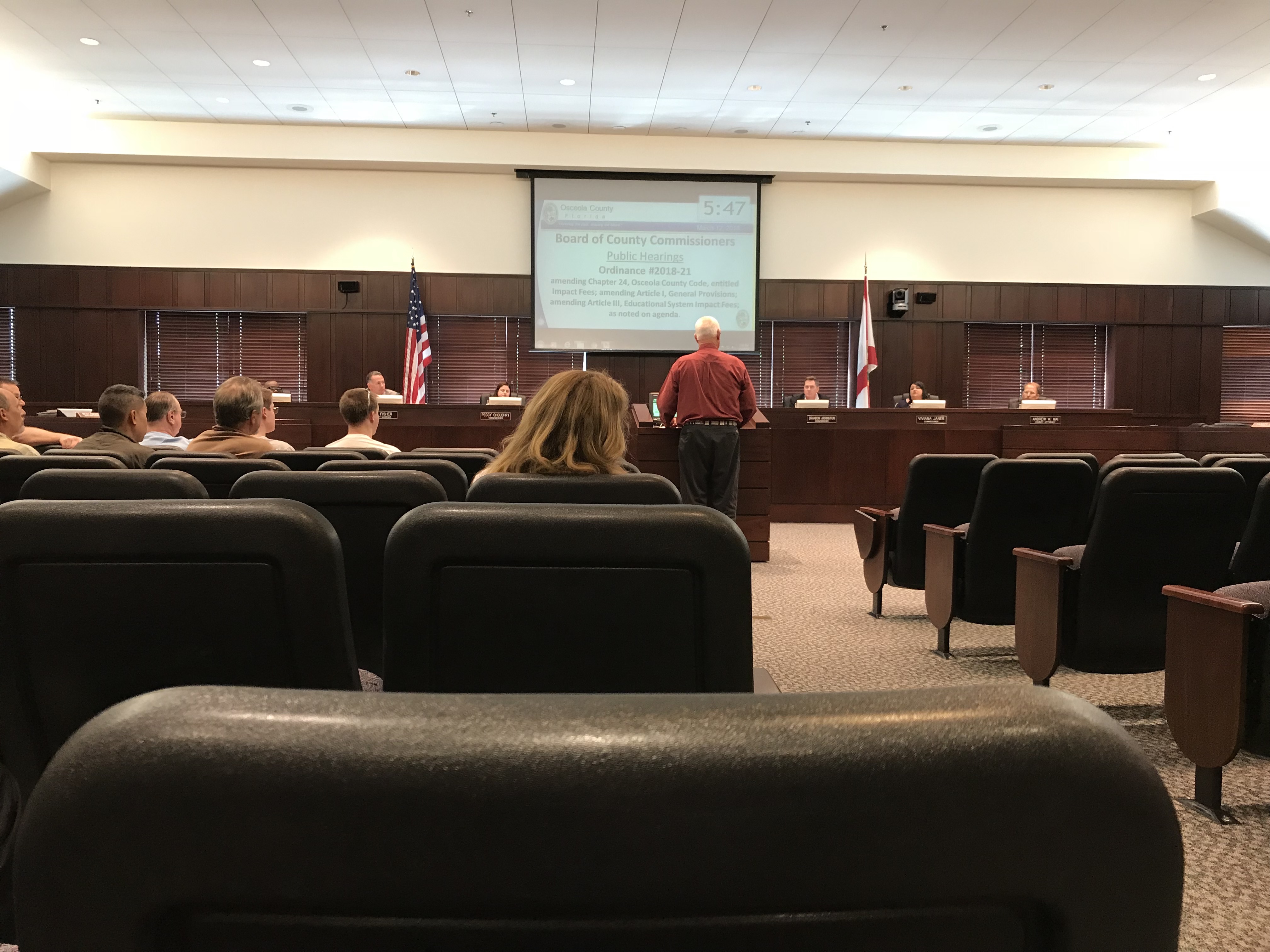 In the wake of a 6 month moratorium on new development, and on the heels of a massive mobility fee increase passed earlier this year, the Osceola County Commission voted unanimously to pass the School Board’s recommended impact fee proposal. AAGO and the Greater Orlando Homebuilders (GOBA) both appealed to the commission to consider the tremendous burden this would place on the apartment industry, and specifically the affordability of housing, in the county. Commissioners discussed that there are “winners and losers” in the process, and that in this instance multi family was definitely the “loser” with impact fees nearly doubled for any project that obtains permits after August 1st, 2018.

The apartment association was not invited to the table by the School Board or Commission when these preliminary talks had been transpiring though they claimed to have engaged “stakeholders” in the process. AAGO has been participating in discussions with Osceola, Orange, and Seminole Counties as well as the City of Orlando about increasing the supply of affordable housing in the region and this decision by the Commission substantially undermines those efforts.

Osceola County, which arguably has the strongest demand for housing, has solidified their place as the County with the highest impact fees in the state. Commissioner Arrington commented that there was the possibility that this would push development into surrounding counties, but that “maybe that’s not a bad thing.”

AAGO will work with its Developers Council, Chaired by Mark Ogier of ContraVest, to consider all possible response options. The apartment industry’s development community has been “on the radar” of local governments across the country as a source of financing capital projects such as transportation and building/renovating schools, essential services such as fire/police, and many other expense burdened facets of their budgets. The industry continues to petition elected officials to consider the burden this places on renters as  ultimately these additional fees are reflected in rental costs.