Skip to content
Trade Show is just a few months away, and that means that our suppliers may be contacted by scammers trying to sell attendee lists. AAGO NEVER gives out our lists of attendees to any third party and these companies are acting fraudulently. Please disregard those emails and never reply to them or give them your info or money. You can find more information about this year's show at www.aago.org/events/2023trade-show.

As a result, the Florida Housing Finance Corporation (FHFC), issued an emergency rule (67ER20-1) in an effort to incentivize affordable housing owners and developers to suspend all increases of rent that impact existing residents in housing that is financed, (both in whole and in part), by the Corporation, for the duration of the Public Health Emergency.

Rule Incentive- Owners and developers who choose to suspend all rent increases that seek to impact existing residents will be entitled to a preference in Requests for Applications issued by the Corporation for one year after the effective date of this emergency rule.

Additionally, this rule serves to place developers on notice that implementing any rent increases during the Public Health Emergency could impact their ability to receive funding from the Corporation in the future. For reference, a copy of 67ER20-1 can be found below. Additional information can be found on the Florida Housing Finance Corporation's website.

(Q)- The Governor announced Phase 1. Does this mean previous Executive Orders are no longer in effect?

1.) A Public Health Emergency, and;

2.) The State of Emergency.

The Governor extended the original Order for an additional 60 days which would expire July 7, 2020. 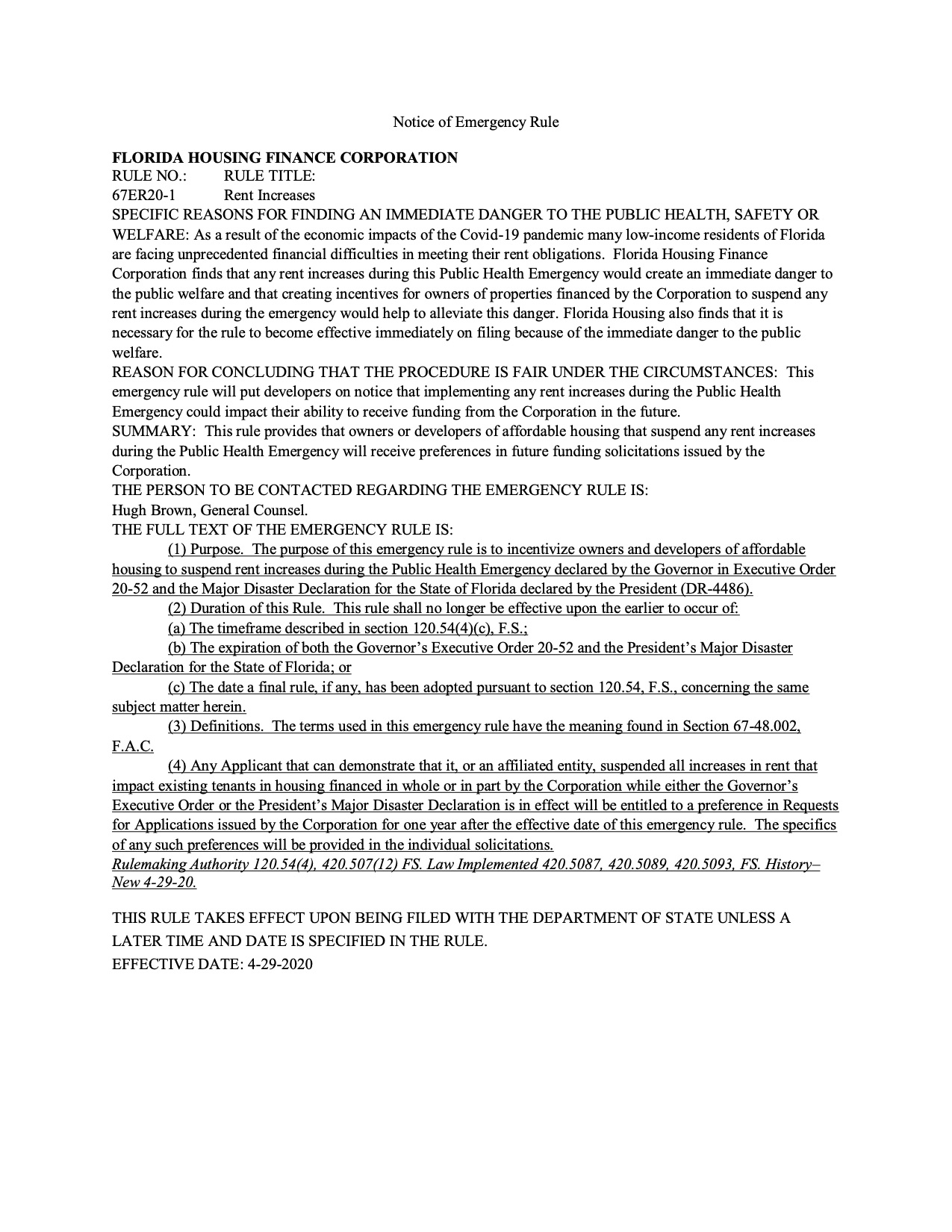